A lawyer, Ayodele Akintunde, SAN, on Thursday, called for the use of Audio Visual technology in adjudicating cases in courts amidst the Coronavirus (COVID-19) pandemic.

He described visual hearing as “a process where the court deploys technology to assist parties and the courts to conduct proceedings without requiring the physical presence of the parties.”

“There is no better time for the adoption than now. The COVID-19 pandemic and the manner with which it is spreading, it is important that we maintain physical distancing.”

“We have to move from this archaic notion that everything must be done by physical presence and move into a realism that we can do so much without having to be physically present in one environment,” he said.

According to him, if there is visual hearing, the judge can stay in a room, the parties can stay in different rooms and by technology, by the internet, parties and counsel can hear themselves, see themselves and the court can see parties and they are able to conduct proceedings in an organised manner.

“The court is able to give its ruling, make orders and the parties are able to make their submissions and this ensures that justice continues to be served because justice delayed is justice denied,” he said.

Akintunde, who noted that coronavirus was also an issue in the judiciary, said judiciary must also be able to function amidst the disease outbreak.

He applauded the National Judicial Council (NJC) and the Chief Justice of Nigeria, Ibrahim Tanko Mohammed, on the new guidelines to ensure that courts were able to set up the necessary technology so that proceedings could continue and justice could be served.

“It is time to understand that COVID-19 has introduced a new normal and because of its nature, parties must be able to physically distance themselves.

“As an arbitrator, we are already using virtual hearing. I have conducted proceedings in arbitration where the witnesses were in London. I was a counsel and I had to cross-examine them via Skype.

“I have given evidence myself in a District High Court in Australia via Skype; the court was sitting, the parties and counsel were there, I gave my evidence and I was also cross-examined by counsel.

“So virtual hearing has already been in place in several jurisdictions and also been constantly used in arbitration in Nigeria,” he said.

On the argument that virtual hearing could encourage admitting documents that might be untenable in court, Akintunde said the method has a precondition.

According to him, parties must submit their documents ahead of the virtual hearing so that the other side has an opportunity to object to any of the documents that they seek to tender.

Akintunde acknowledged that though power supply had been the challenge, “we have to embrace our challenges, move on and develop from there.

“We have to start from somewhere; we cannot say because there is a problem. We should be looking for how to surmount those obstacles.

The lawyer said that though this would require commitment and some resources, the move would be an advancement in the country’s judiciary.

Ayodele Akintunde & Co. a full service law firm based in Lagos and Abuja in Nigeria, founded in the year 2006 by Mr. Ayodele Akintunde SAN, with one affiliated office located in Port Harcourt (Rivers State). Our lawyers are open minded seasoned lawyers with a quest for more knowledge and experience in the legal Field and Our wealth of experience which spans over 31 years, helps us to provide pragmatic and innovative solutions to our client’s problems. 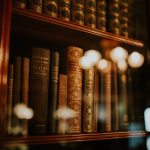